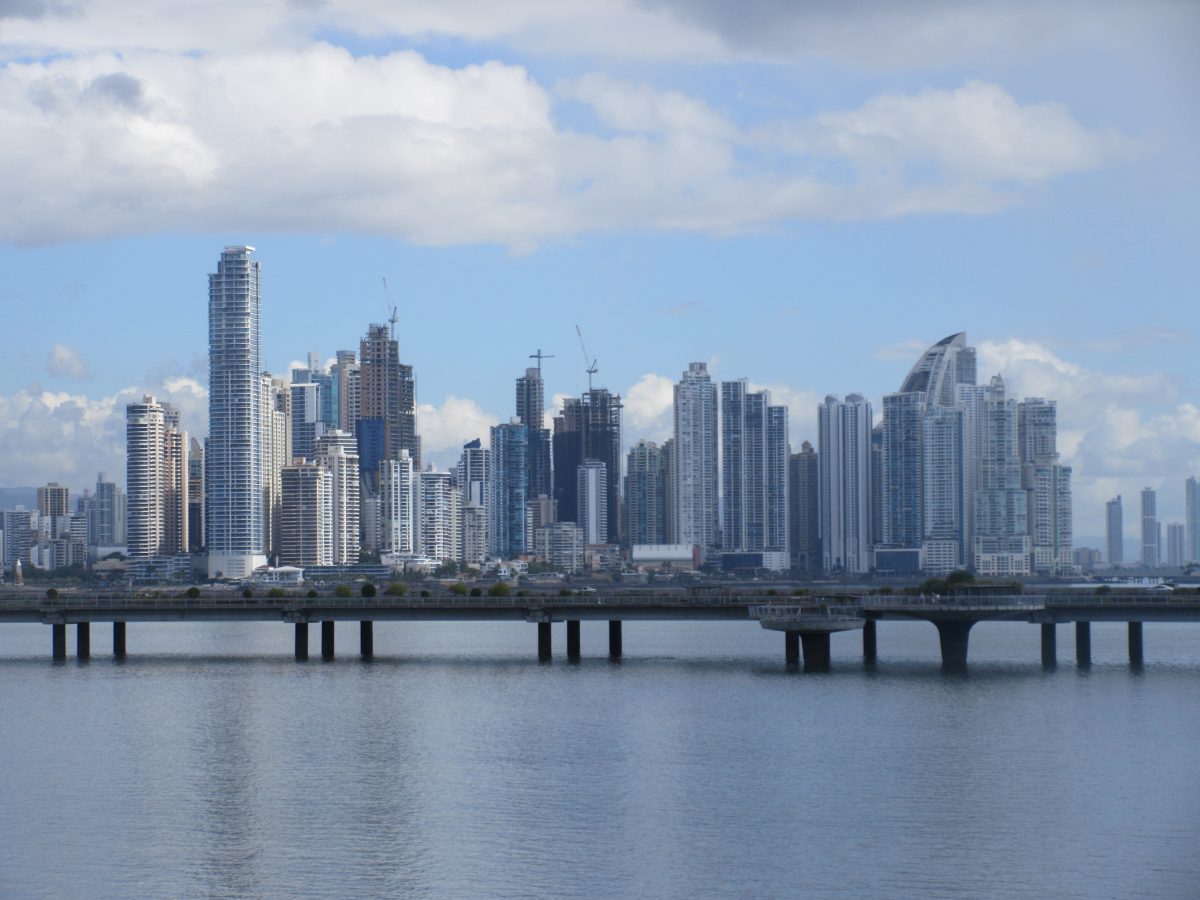 The most cosmopolitan city in Central America is busy and vibrant with a skyline jammed with skyscrapers. It’s a city that has been important to international commerce for the last 115 years due to the 50 mile long canal connecting the Atlantic and Pacific oceans. It’s an international, cosmopolitan city with Indian and Chinese shops, Panamanians hustling in the streets, people from all over the world and construction can be seen everywhere.

Most people just blow through Panama City on their way to the county’s rain forests, islands and beaches. But it would be a shame not to spend at least one day visiting the city.

It’s not a cheap city to visit. Everything costs maybe 40% less than in the states but it’s still more than double the cost of living of Colombia and Ecuador. Panama is a bit cheaper once you get out of the city – but not a lot. They use the dollar here and have been since 1904 when Theodore Roosevelt helped the Panamanians achieve independence from Colombia in his efforts to build a canal.

The dollar is affectionately called the Balboa here after the first Spanish explorer to stumble on the Pacific. After the Panamanian independence from Colombia they coined their own money and called the it the Balboa. But it lasted less than a year after which the dollar was adopted as their currency. Today the only real Balboa is one of the national beers which can be had for a buck a bottle.

The Americans weren’t the first attempt to build the canal. In 1882 the French started work on digging a canal through the jungle connecting the Atlantic and Pacific Oceans but malaria, yellow fever, heavy rains and mudslides forced them to give up the project in 1889. For $40 million Roosevelt bought the canal rights and a strip of land 10 miles wide by 50 miles long through the jungle. The Americans wanted the canal more for military reasons than for commercial ones. They started building it in 1904 and it was finished in 1914.

It’s a 15 minute cab ride to Marbella, a neighborhood just south of the city where one can visit the canal and the museum dedicated to this engineering marvel. The canal looks like a wide, straight river dug through the jungle. The Americans managed, maintained and ran the canal until 20 years ago. Jimmy Carter stuck a treaty with the Panamanians in 1977 giving them the canal back in 1999.

Casco Vieja is a charming colonial neighborhood tucked away in a small peninsula of the city. Casco is the old historic part of the city and has been undergoing major renovations since 1990 turning it into one of the most fashionable destinations in Panama for a night out. Elegant bars, restaurants, tourist shops, large plazas, churches and sidewalk cafes abound while keeping the neighborhood’s old charm intact. It’s a great place to walk around for a few hours, ducking out the daytime heat to sip an espresso and gaze at wrought-iron balconies blooming with tropical plants.

A short taxi ride away if the Mercado di Mariscos or fish market on the port where the fishermen come in. Restaurants line the outside of the market. Their specialty is ceviche – a variety of fresh fish cooked in a bath of onions, limes and chili peppers. They also have jumbo shrimp and whole fish pulled from the sea a few hours ago ready to be fried or grilled.

For a sense of real Panamanian street life head to Avenida Central, not far from the fish market. It’s a long street closed to traffic that stretches from Plaza Cinco di Mayo to Parque Santa Ana and is one of the most vibrant parts or town, a bustling commercial center where anything and everything is sold.

For more on Panama check out the following posts:

Panama: the beaches and highlands

Retire in Panama – pros and cons

Why is the Panama hat made in Ecuador?

Retire in Panama – Pros and Cons

Why is the Panama hat made in Ecuador?